Load testing your API is an important step in making sure that the end user experience is a positive one.


LoadUI NG Pro includes the ability to load test an API or a virt to make sure it can stand up to any number of concurrent users.

API Load Testing VideoWith all of the Ready! API tools, base functionality is provided for all of the tools when you purchase any tool. If you just need to do some simple load testing or you want to test drive the LoadUI NG experience, you can use the base features included with the Ready! API platform. But if you want to create complex scenarios with a larger amount of load on your API, one of our LoadUI NG Pro tiers might be the right choice for you.With LoadUI NG Pro, you will have the advantage of the following: 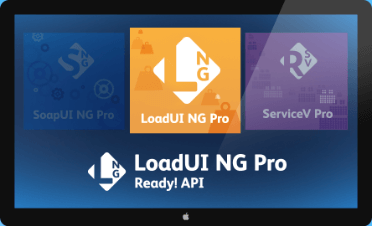 Use LoadUI by itself for easy and efficient load testing tools against your APIs or use it in combination with Ready! API’s other tools for added power.

Creating new load tests is simple and efficient with Ready! API’s LoadUI NG. Create your tests in SoapUI NG then simply use those existing test cases as the foundation for your load tests.

When you select a test case to load test, LoadUI NG:

There is no need to define the test case from scratch when you use LoadUI NG – just create and run your functional tests then easily define your load test in minutes. 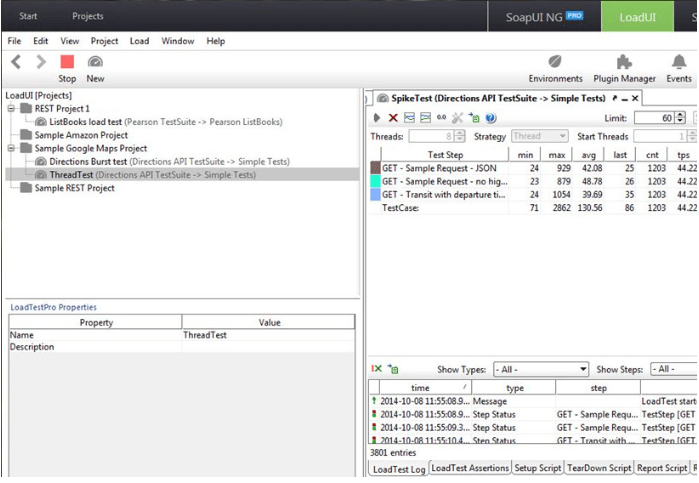 An important component to performance test strategy is variability. Knowing how your system runs under sustained stress is critical but it’s even more critical to know how a stressed system handles traffic spikes. LoadUI not only allows you to build specialized tests but to run them concurrently against the same API. 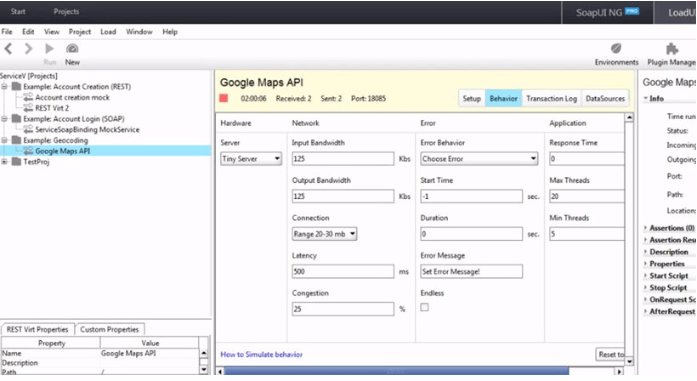 Sometimes the best API load test scenario is about what you are NOT testing versus what you ARE testing. If your APIs rely on other APIs, it’s important to isolate them from the testing so they don’t skew your results.The benefits of Isolated Load Testing include:

Having better information about your load test results means that you can better define bottlenecks and issues, resulting in higher quality APIs that perform better.

With LoadUI NG Pro, you get detailed information about your test runs, all the way to the test step level. 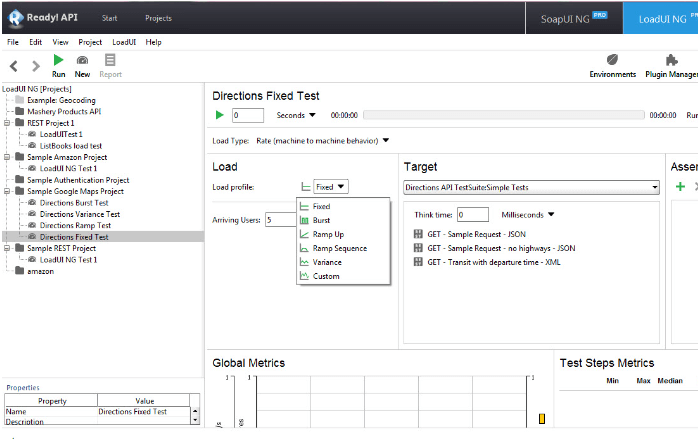 The load strategies available in LoadUI NG Pro allow you to simulate various types of load over time, enabling you to easily test the performance of your API under a number of conditions.
The strategies included in LoadUI NG are:

This strategy waits for the configured delay time then runs a defined number of threads for a specific duration. This allows you to mimic a spike of traffic against your API.

This strategy allows you to configure the relative change in the number of requests over time by setting the peak arriving users and the ramp duration.

Use a drawing tool to build the increase and decrease of load over time, just the way you want it. Add in think time for a more powerful simulation of user behavior.

Use this strategy to vary the number of threads over time in a sawtooth, sine wave, or square pattern by setting both the duration of the test and the amount of variance in thread count.