Use PureLoad to verify performance and stability of your server applications and telecom services.


PureLoad is a hardware and OS independent load testing tool for internet applications.

No scripting or programming is required.

No advance training is needed.

The software is controlled from a central GUI, where test cases and time distributed scenarios can be easily built, executed, monitored, analyzed, and compared.

PureLoad works on a protocol level – simulating the traffic generated between the client and server. PureLoad is designed to be independent of the technology used on the server side. 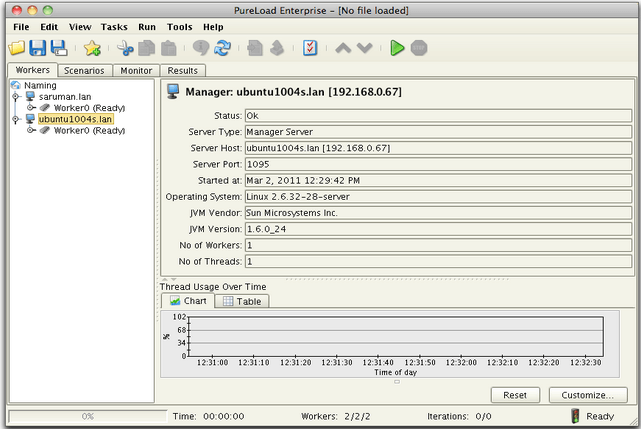 The workers view is used to manage the actual load server set-up.

A worker is a load server and the worker threads are the actual executors of scenarios.

The number of possible workers and worker threads that can be started is different depending on PureLoad edition. For PureLoad Enterprise we have yet to find the upper limit.

For a worker the number of worker threads that can be set is decided by the license and the characterisitics of the actual hardware and OS. 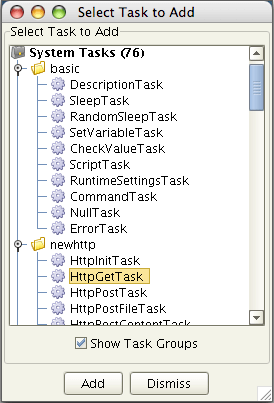 From the console’s intuitive graphical user interface (GUI), all actions required to set up the environment, define scenarios and control the load execution are performed. The console is the single point of control in a PureLoad runtime environment.

The console is designed to be intuitive and easy to use. Its layout using tabs (“Views”) guides a tester from setting up the execution environment, defining the task scenario(s) of tasks that shall be executed, to the final stage where the actual results can be analyzed.

A scenario is more or less equivalent to a test case.

In the scenario editor you group a number of tasks to perform actions, for example opening a browser – reading a web page – choosing a product in a web store, etc.

Scenarios are often designed so that they can be parameterized and repeated many times with different data. Each task parameter value can refer to parameter generators to have the actual value generated during the test.

A scenario is the lowest level of what a virtual user (thread) executes. 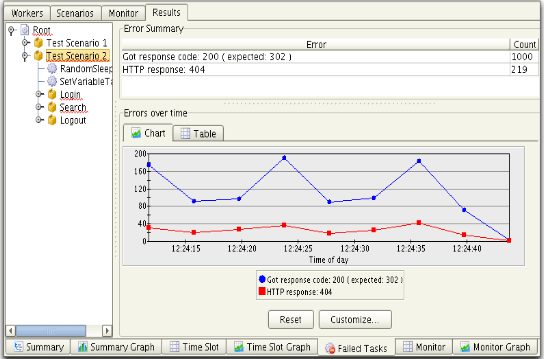 The Result view presents various result metrics from a load execution that is either executing or has finished.

The results information such as response times and bytes transferred is updated instantly during load execution and is presented as real-time graphs or numerical tables.

Results can be presented for most levels from task, scenario, and root level. Results can also be presented on a virtual user (thread) level. This helps you to follow the trends and analyze during the test execution.

Two graphs can be shown simultaneously. This feature is to make it easy to spot relations, for example at which rate of transactions/second the system cannot handle response times at an acceptable rate.

The scenario task tree shows all executed scenarios, where scenarios with errors are underlined with a red line.

A summary table of the various reported errors and a graph with errors over the execution time is also shown.